This set describes the essential role of Latino family labor in the agricultural economy of Boulder County, especially the back-breaking work of growing sugar beets. 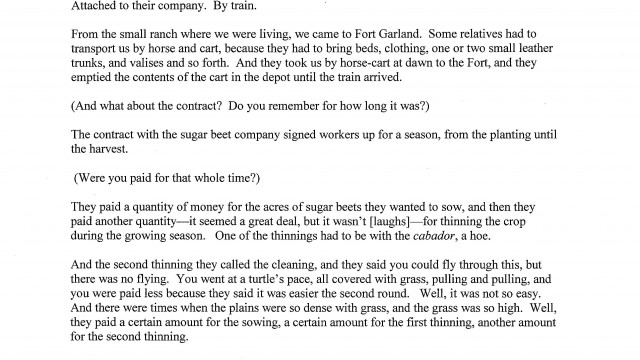 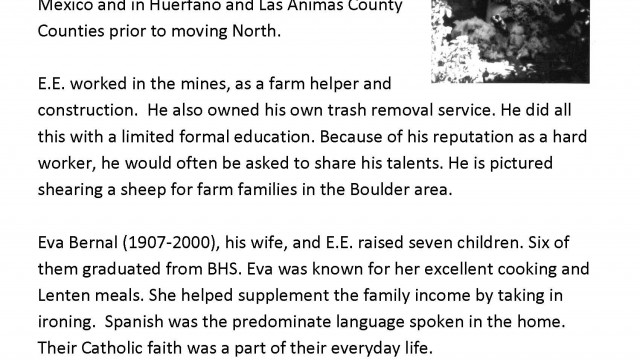 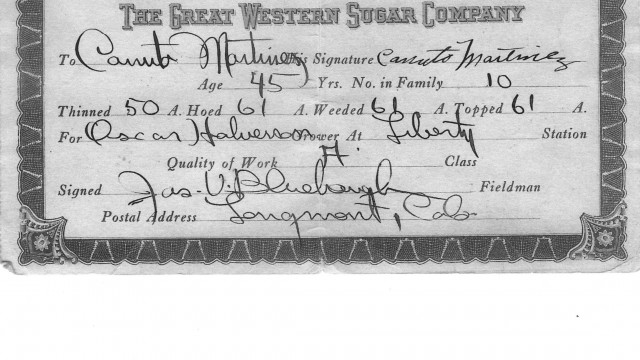 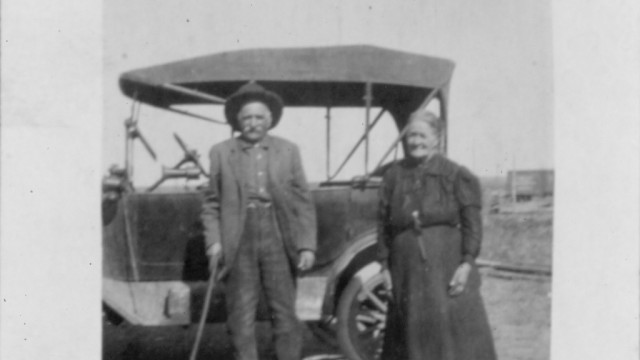 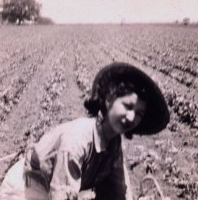 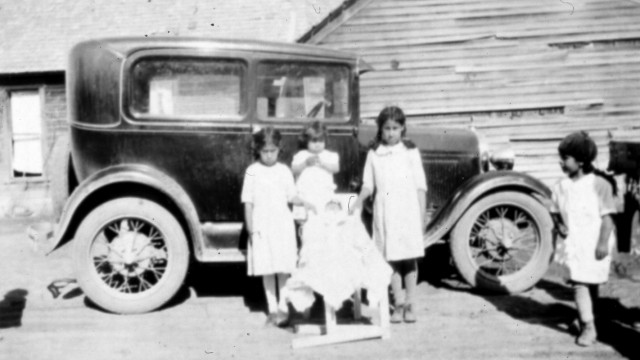 Four children and a baby in front of car 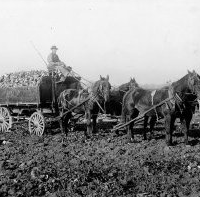 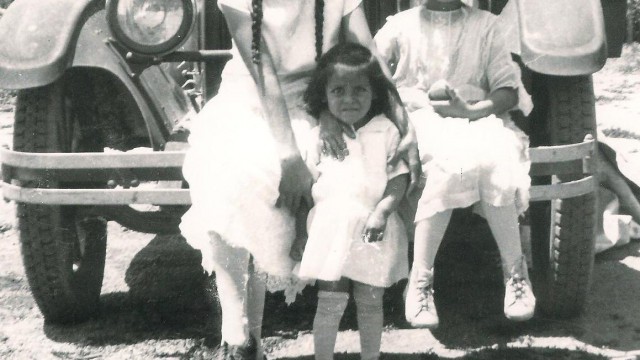 Martinez girls on a truck on a Sunday morning, Lafayette, 1929 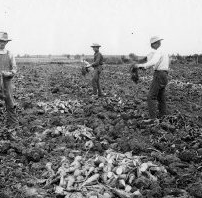 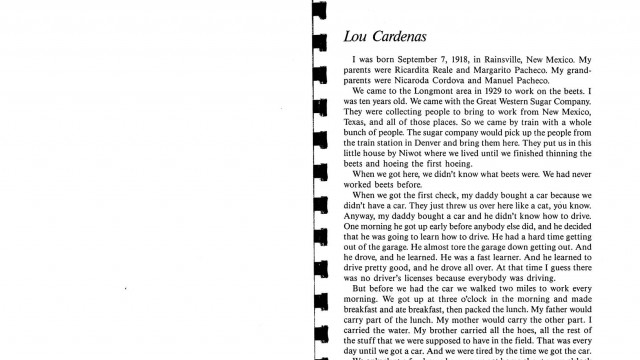 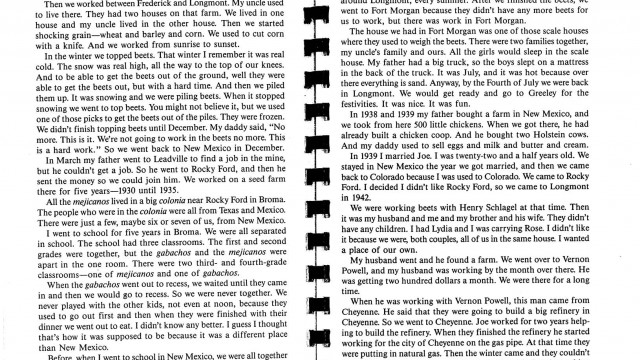 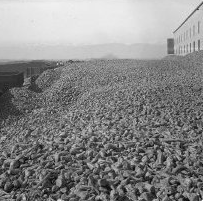 Pile of sugar beets outside the processing factory in Longmont, early 20th century 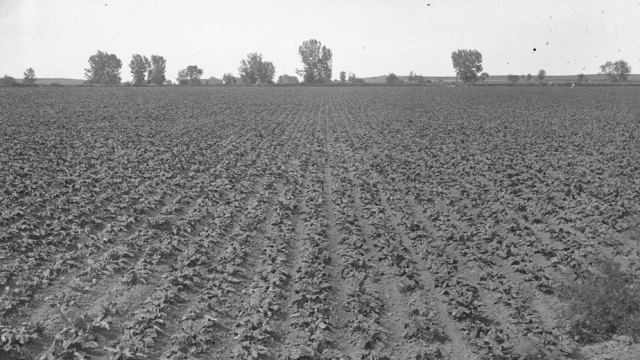 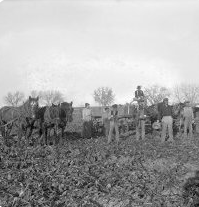 Immigrants from Mexico, the northern part of New Mexico, and southern Colorado provided nearly all of the labor that fueled the one of the two major economic activities of this area prior to around 1940: growing and processing sugar beets. Growing beets was usually done by family groups. At the beginning of each season, the male head would contract with a given farmer, under an arrangement with Great Western Sugar, to carry out all the steps necessary to growing beets on a certain number of acres. Payment was made as a lump sum after the harvest. Work on the beet fields required men, women, and children to stay in a stooped position, using short-handled tools, for hours at a time, often under a hot sun. The housing provided for agricultural laborers was generally deplorable, and during the winter they needed either to find other types of short-term employment or leave the area entirely. A few men took jobs working in the sugar factory in Longmont that processed the beets, and a few other types of agricultural work were available. Whereas beet workers normally came only for the growing season in the 1920s, by the 1930s many of them were staying in the region for the whole year, which made it easier for their children to attend school.