This unit concerns food and its roles within Latino families, the use of herbal remedies for illness, and limited participation in formal health care. 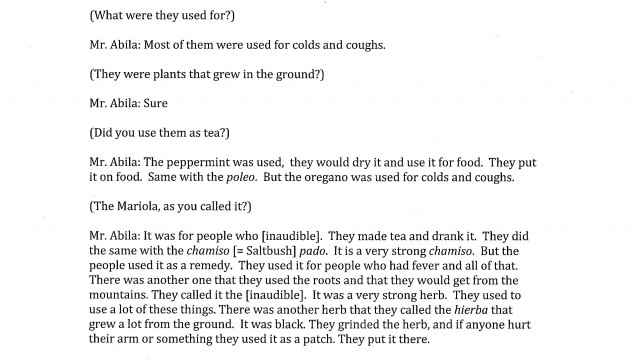 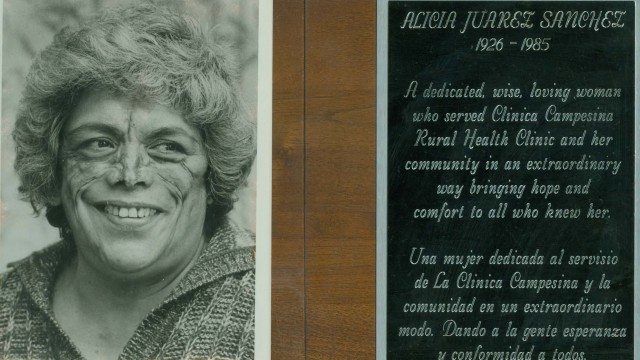 Alicia Juarez Sanchez and her award 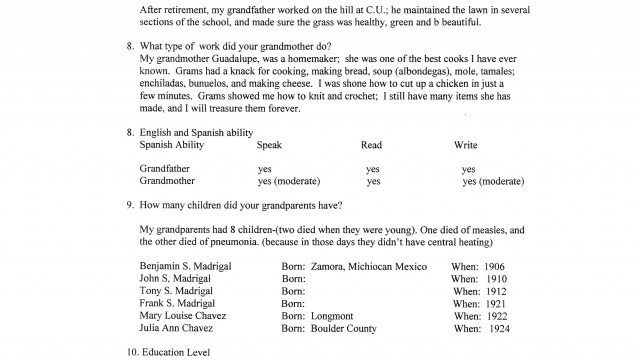 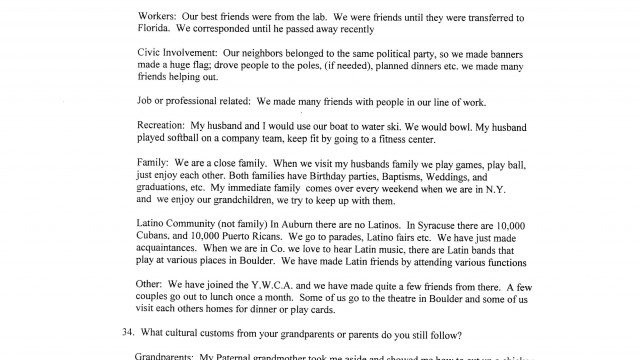 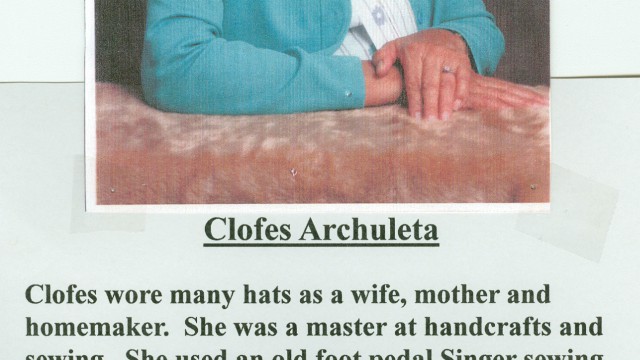 Clofes Archuleta and her homemaking skills 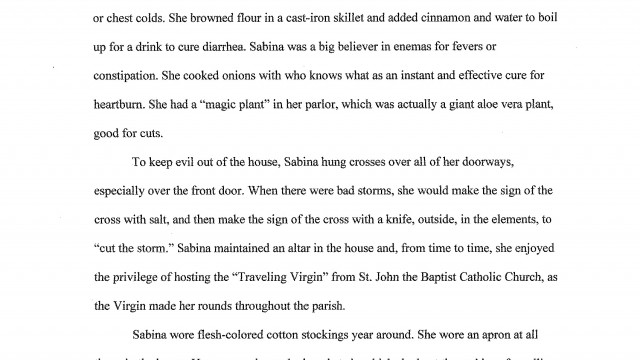 Cooking and eating meals together were important components of the occasions when Latinos gathered with their families or friends. Cooking and serving food were almost always done by women. Daily meals were generally quite simple, with more involved items prepared for special occasions. The recipes for favorite dishes were rarely written down but were instead transmitted within families, as older women taught their daughters and granddaughters how to cook. Prior to around 1950, and for some families for some time after that, going to the doctor or a hospital when they were sick or had a minor injury was not an option. Few people had the money or the time to go, professional medical people rarely spoke Spanish, and women might be embarrassed to describe their problems or reveal their bodies to a male doctor. The responsibility for preparing remedies and taking care of those who were ill therefore fell upon family members, particularly senior women. Some had wide knowledge of plants and how they could be used to treat sickness or injuries, and they commonly grew themselves the ingredients they needed. They were thus practicing alternative medicine long before it became fashionable. The field of professional medicine offered few opportunities until around 1940, and then only gradually thereafter.