This unit describes the experiences of the many local Latinos who served in the military and the importance of the G.I. Bill and veterans’ organizations. 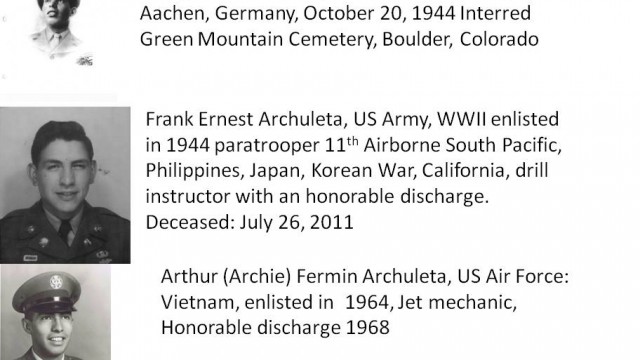 Archuleta Men in the Military 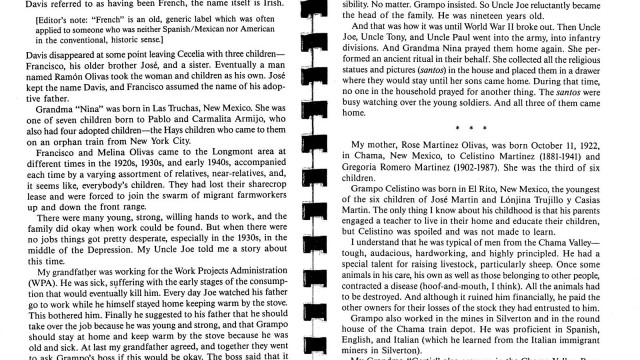 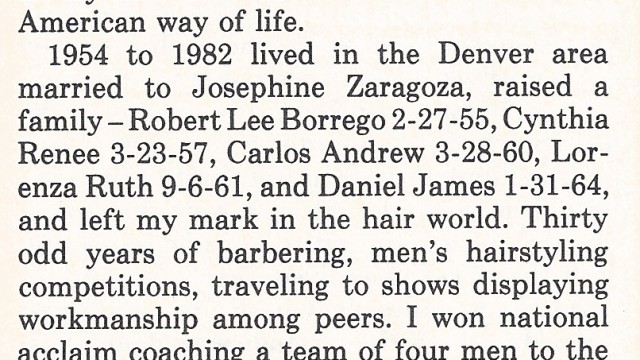 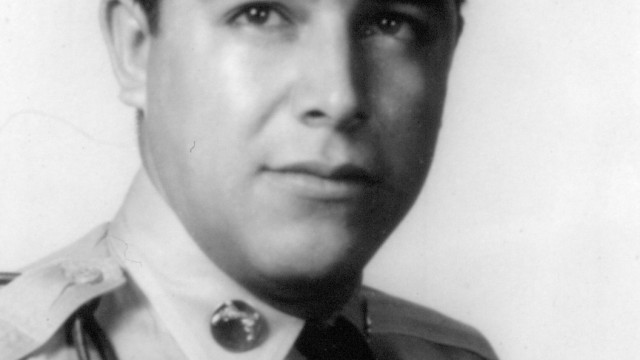 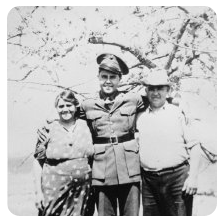 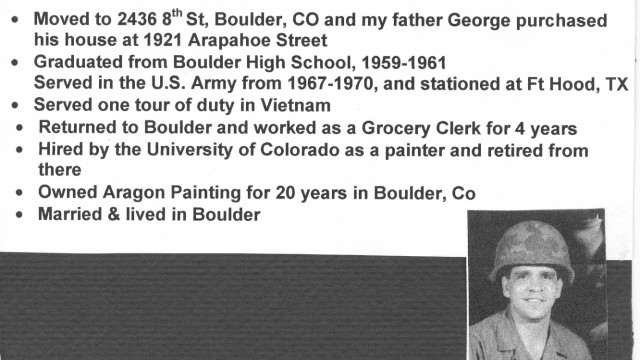 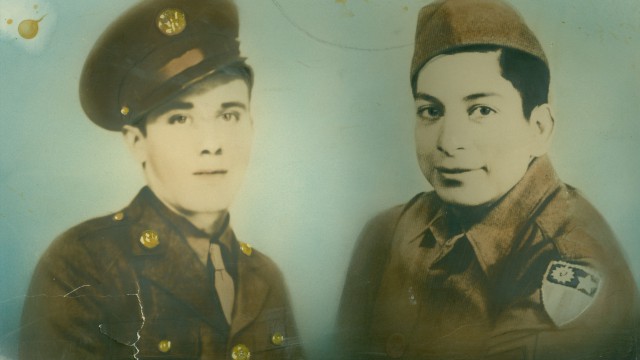 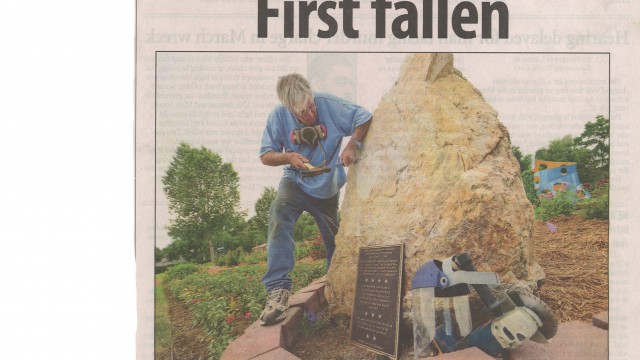 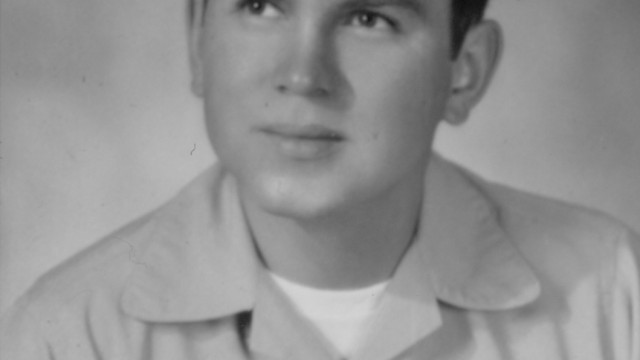 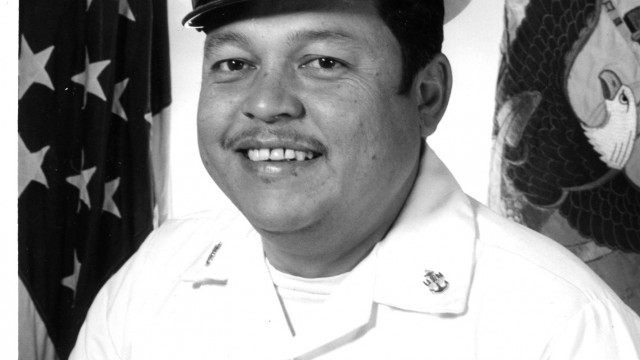 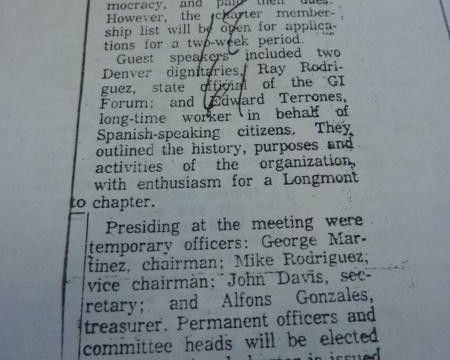 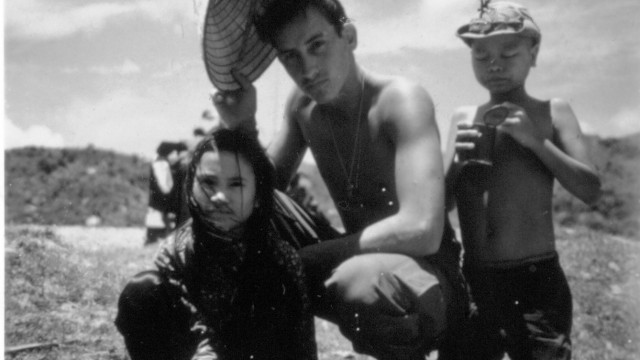 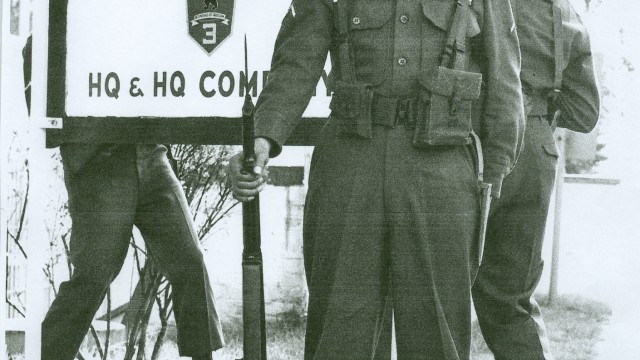 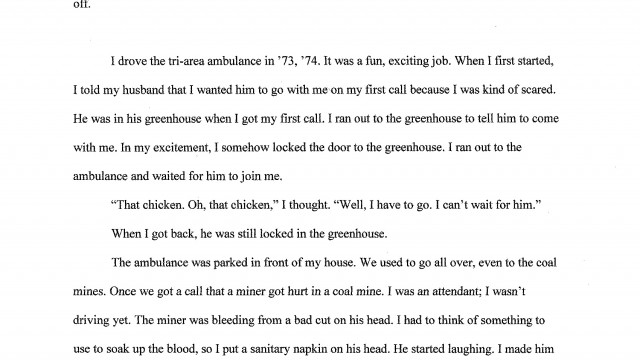 Starting with World War II, Latinos in the United States have provided more than their share of soldiers, awards for valor, and deaths in action. In Boulder County, many men and a few women served their country. In 1946, for example, after some soldiers had already been demobilized after WW II, one-third of all Latinos in Longmont and Lafayette whose occupations were known were in the military, as were one-quarter of those in Boulder. Some families furnished soldiers over several generations, and a few men made the military their career. Despite the dangers and the deaths of a few soldiers, Latino families were proud of the patriotism of their fighting men, as reflected in the many photos showing them in uniform. Latino soldiers faced racial discrimination in the military at least until the Vietnam conflict, and battlefield experiences left emotional as well as physical scars. The G. I. Bill offered job training, educational benefits, and other advantages to returning veterans, though it might be harder for them than for white soldiers to qualify for home mortgage loans, due to racist practices, even if they had the money. Local branches of veterans’ organizations provided welcoming social settings for many former soldiers and their families, especially the G.I. Forum and the Veterans of Foreign Wars.