This set focuses upon efforts by Chicanos in Longmont to force the Board of Education to provide more resources and better advising for Latino students. 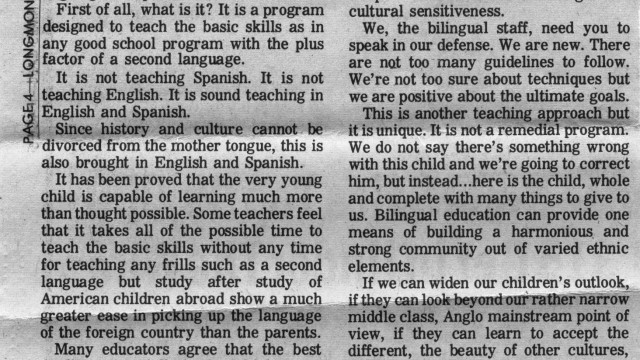 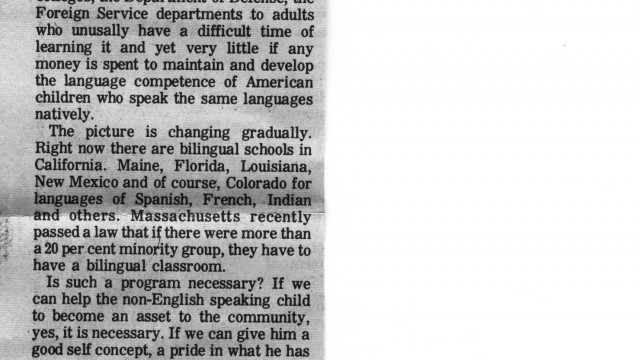 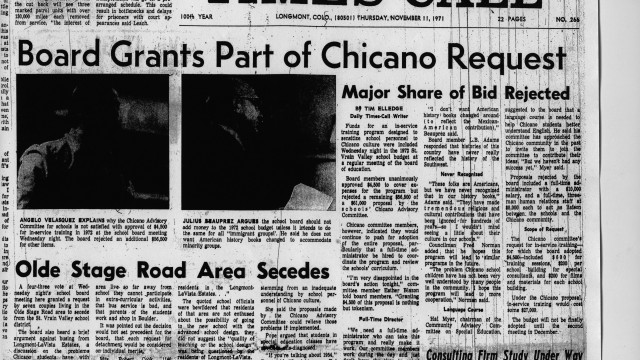 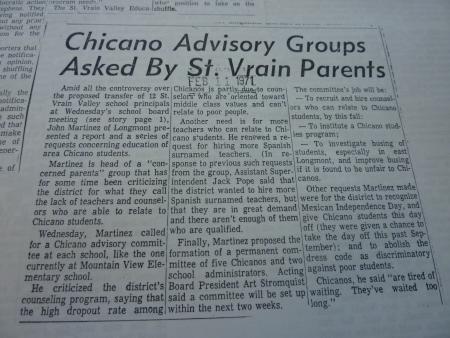 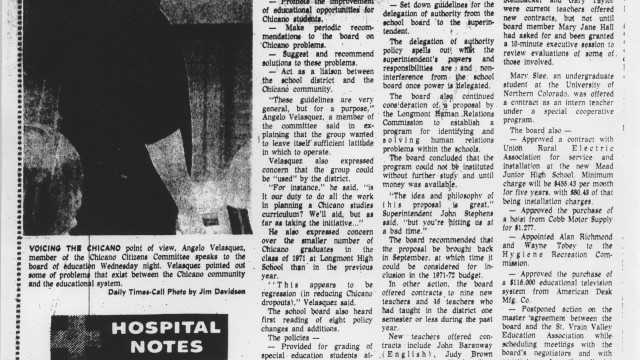 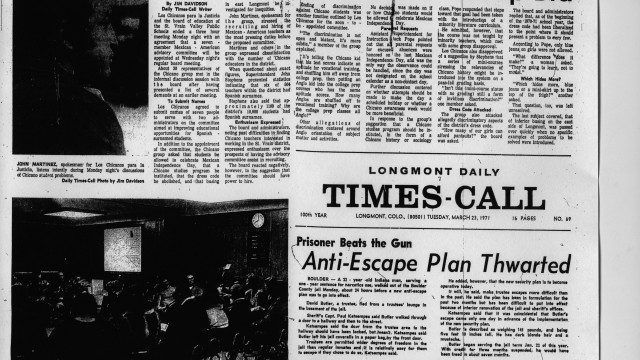 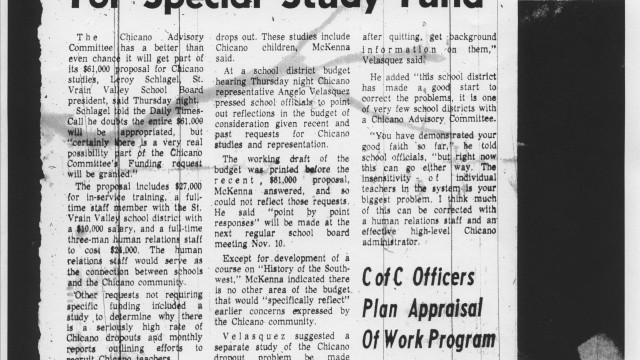 During the period of civil rights activism in the later 1960s and 1970s, newly formed Chicano organizations in Boulder County demanded action to address such problems as police misconduct and the failure of the school systems to provide an appropriate education for Latino children and young people. Those local groups were assertive, but they did not resort to mass protests or attempt to use force to achieve their goals. Nor did they affiliate with more radical groups, such as Corky Gonzales’s Crusade for Justice, based in Denver. This set looks at the (largely unsuccessful) efforts of a parents’ group in Longmont to persuade the St. Vrain Valley School Board to hire more Chicano teachers, teach about Chicano subjects, and provide better counseling for Latino students, in order to lower the dropout rate.