This resource describes racism and discrimination against Latinos in Boulder County in the early twentieth century, especially the activities of the Ku Klux Klan. 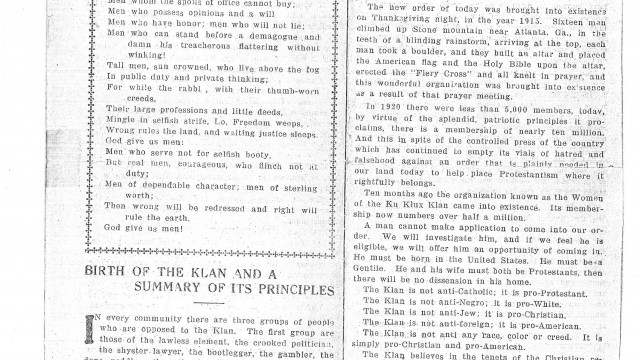 “A Summary of the Principles of the Knights of the Ku Klux Klan,” p. 1 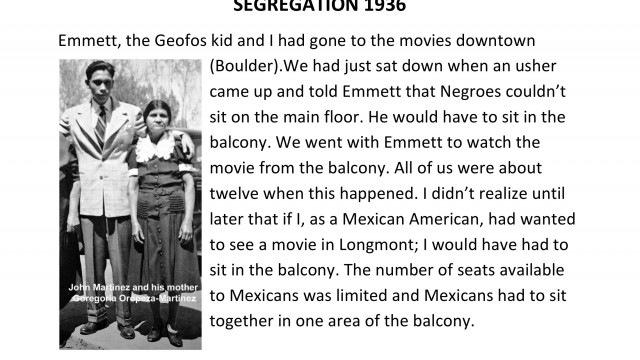 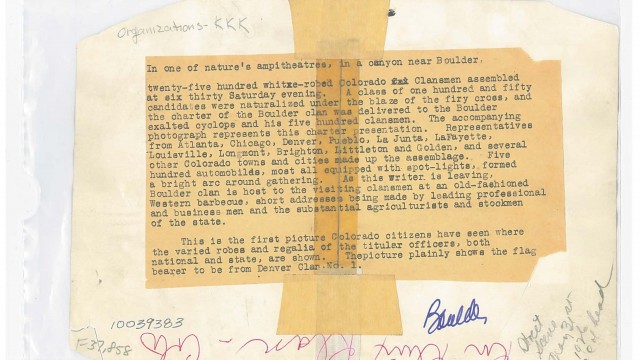 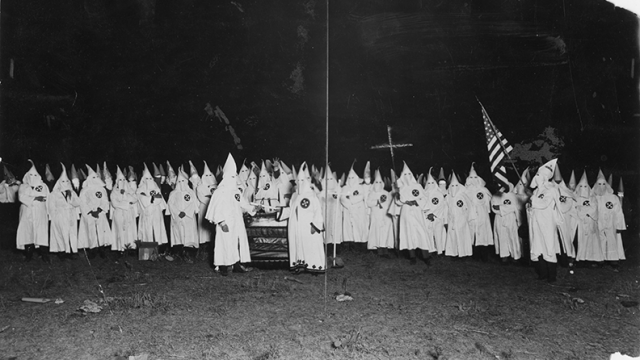 A KKK meeting in Boulder, 1920s, front of photo 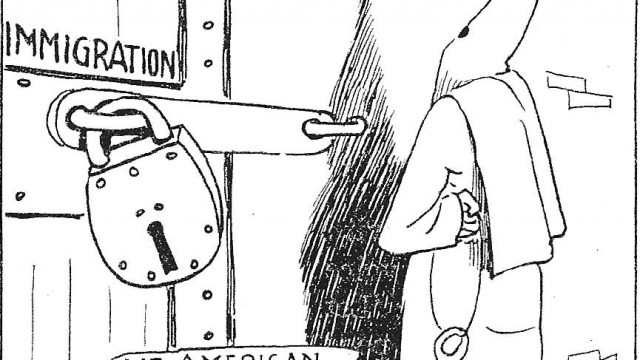 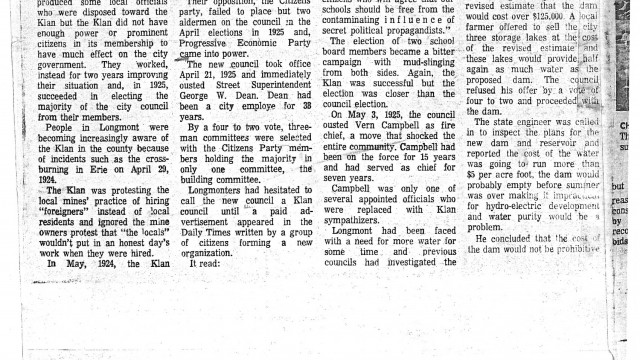 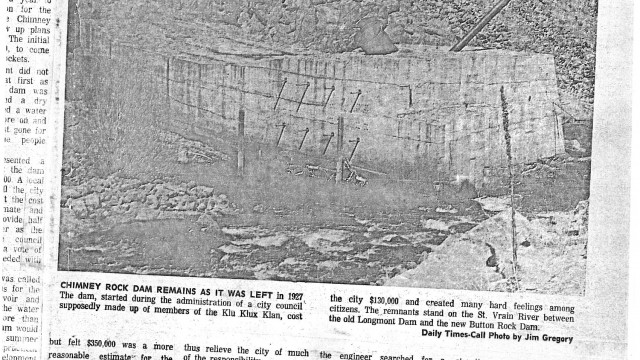 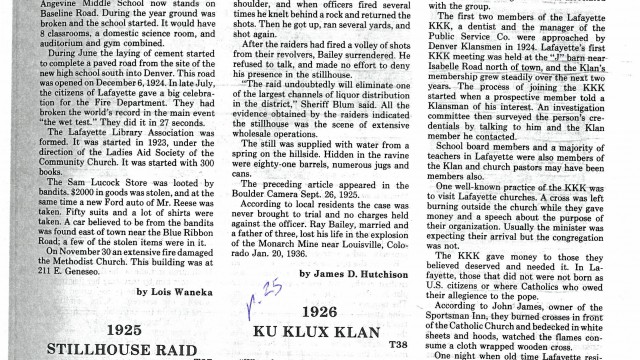 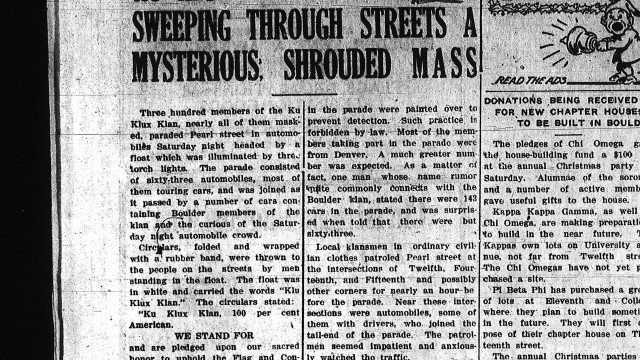 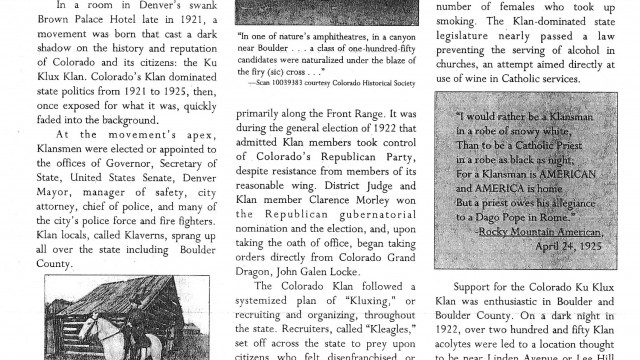 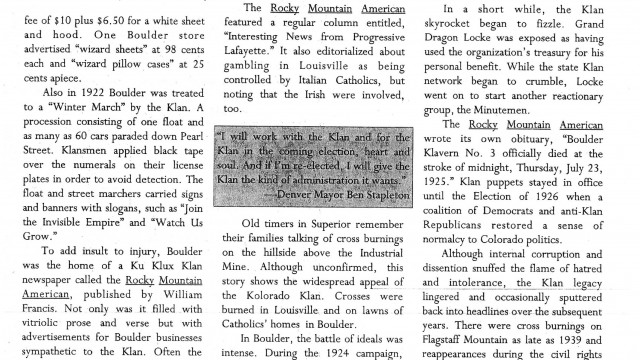 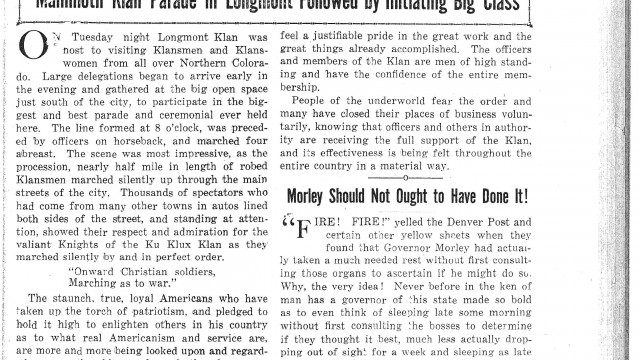 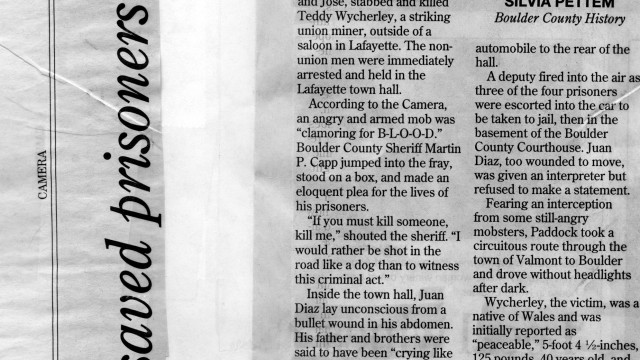 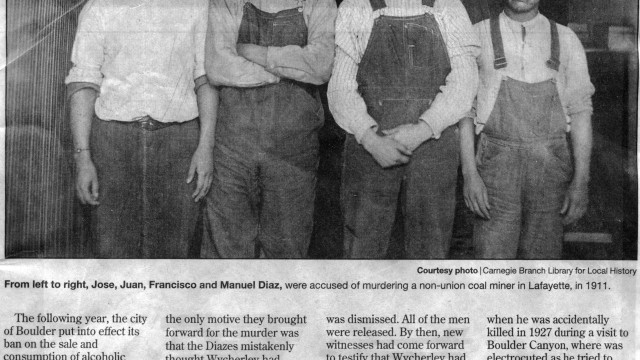 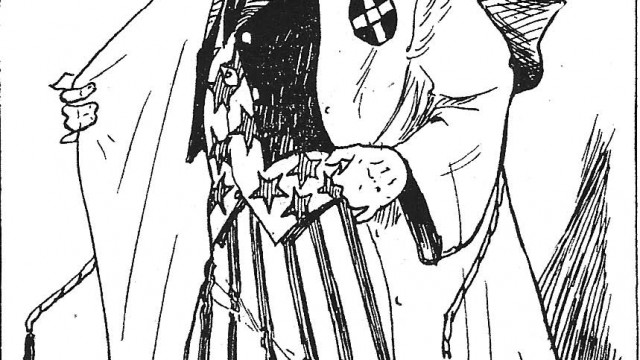 Latinos living in Boulder County during the 1920s and 1930s experienced many forms of racism and discrimination. Most of Colorado’s residents came from Northern European backgrounds; they were committed to their Protestant religion and supported the ideal of rugged individualism. Many of them accepted without question the stereotype of Mexicans as dirty, lazy, and backward, people likely to be law-breakers. This section begins by talking about the background levels of racism in Longmont, Lafayette, and Boulder around 1920. It turns then to the Ku Klux Klan, an organization that preached a doctrine of white male supremacy for Protestant citizens only. Emerging in the early 1920s, the KKK gained tremendous influence in Boulder County. In all three of our towns, many—perhaps most—white men were members. A leading Klan newspaper was published in Boulder, and the KKK gained control over the government of Longmont, as it did at the state level. While not as physically violent here as in the southeastern US or New Mexico/Arizona, members of the Klan used various forms of intimidation, including putting burning crosses in front of Catholic churches and in the yards of Latino families. A photo showing a large Klan meeting at night is powerful, as are cartoons from the Klan newspaper. Although the KKK lost political control after 1926, racist attitudes and policies continued through the 1930s. Some Longmont businesses and eating/drinking places had signs saying “White Trade Only” or made Latinos use the back entrance; the movie theater had segregated seating. In Lafayette, a swimming pool was built for local children in 1934, but it was limited to whites. When Latinos protested, the pool was closed and eventually filled in with dirt rather than being integrated.