Repatriation and Deportation of Mexicans, 1932-1936

This resource examines deportation (or “repatriation”) of Mexicans who were unemployed or competed with white Americans for jobs during the 1930s, including a border blockade. 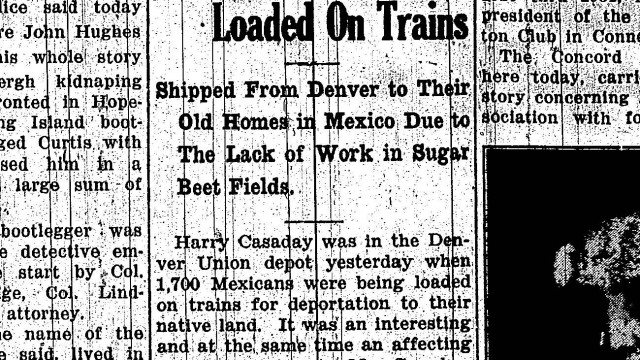 1,500 Mexicans loaded on trains in Denver 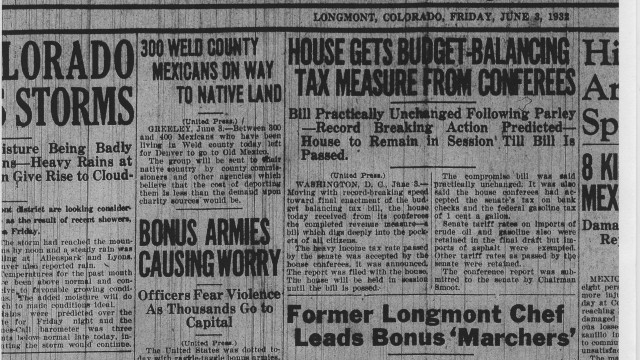 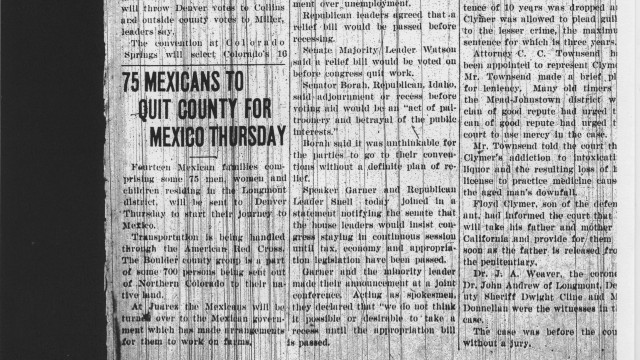 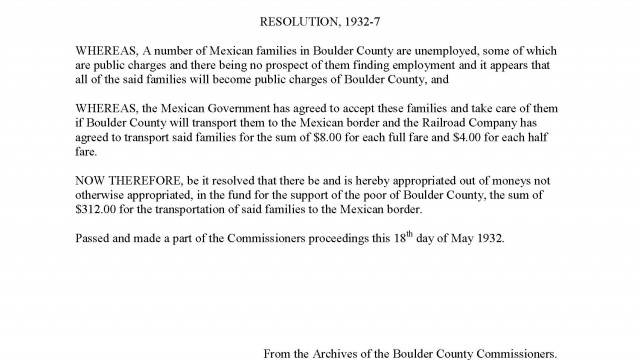 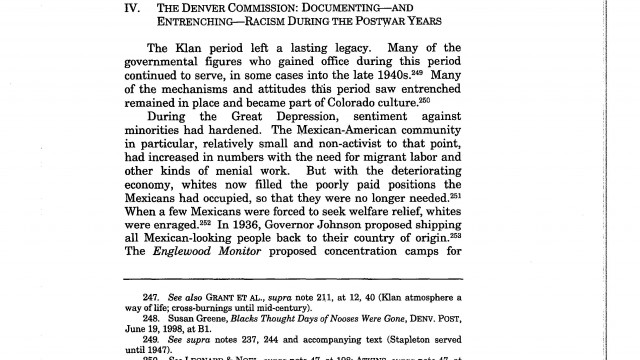 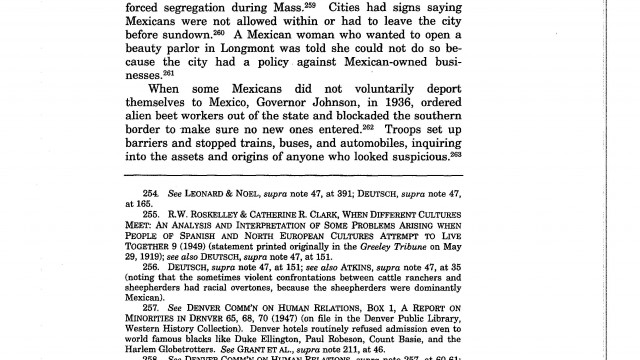 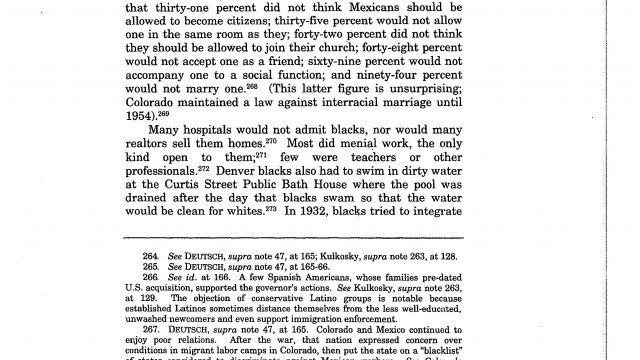 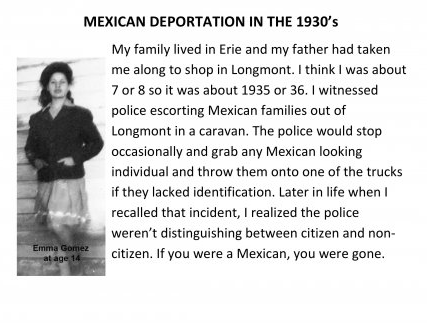 Mexican deportation in the 1930s, by Emma Gomez Martinez 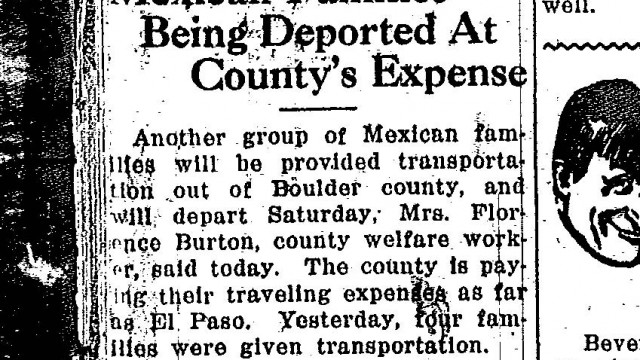 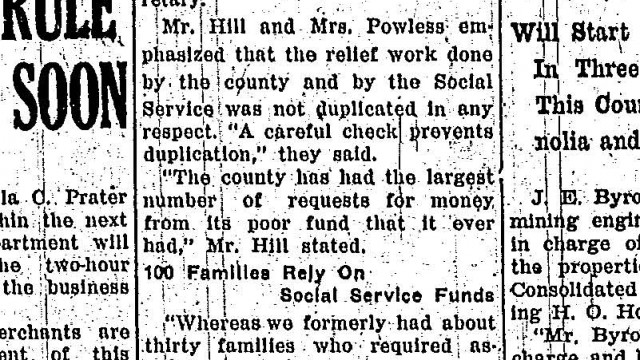 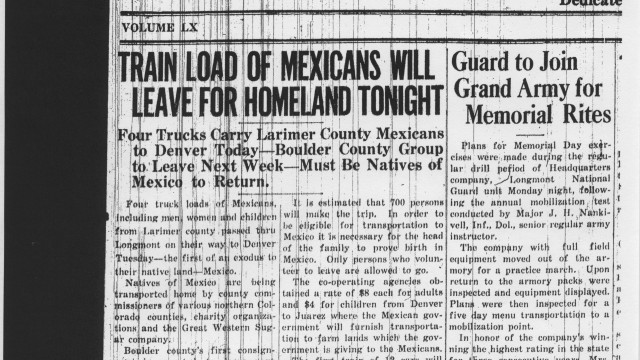 Train load of Mexicans will leave for homeland tonight, 1932

After the mass migrations of the 1910s and 20s, some Mexicans were subject to “repatriation” in the 1930s. During the Great Depression, some immigrants were no longer able to find work, and white Americans resented having jobs taken by foreigners. The Mexican government offered to provide transportation from the border for people returning to their home country; US governments and agencies were to cover travel costs to the border. In Boulder County, repatriation was sometimes cast in a positive light, described as a charitable effort to help unemployed Mexicans go home; it also reduced the amount that had to be spent on social assistance for them. Although relatively few people seem to have left from the Boulder area, families generally went as a group, including those children who had been born in the US and were legally American citizens. It is also likely that many union organizers, including the “agitators” among beet workers, were deported less voluntarily. In 1936, pressure to get rid of unwelcome foreigner mounted even further: Colorado’s Governor Edwin Johnson ordered all “Mexicans” to leave the state. That definition apparently covered anyone who looked Latino, including people from New Mexico, Mexican immigrants who had already become US citizens, and American-born children. When there was little response to that order, Johnson briefly called out the militia to blockade Colorado’s southern border to prevent people from returning. Despite the repatriations and deportations, however, Boulder County’s Latino population continued to grow across the 1930s. This topic invites comparison with the deportations at the present time by ICE (Immigration Control and Enforcement) and the blocking of Arizona’s southern border.