This set describes the experiences of the high school and college interns who worked with the Boulder County Latino History Project in 2013; they discuss learning English, racism at school, and immigration problems (8 student interviews are excerpted here, with 2 others described in the accompanying text).

Account by Veronica Lamas of her parents’ arrest by ICE, 2013

Ana Karina Casas Ibarra describes crossing the desert on foot between Mexico and the US, 2013 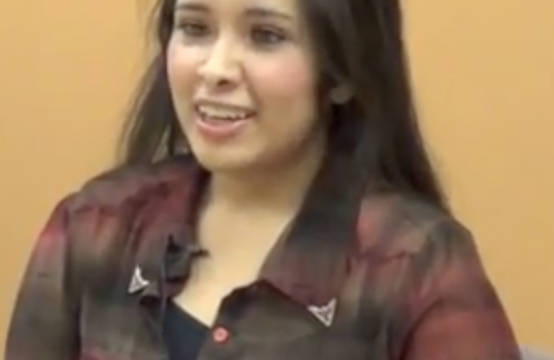 Deisy de Luna, on why getting an education is so important, 2013

Emmanual Melgoza, an undergraduate at the Univ. of Colorado at Boulder

Emmanuel Melgoza on why he decided to go to college

Jason Romero, Jr., describing how important Latino student organizations were for him, 2013

This set describes aspects of the lives of ten Latinas/os, intelligent and dedicated high school or college students who worked as interns with the Boulder County Latino History Project in summer, 2013. As part of the study, they did videographed interviews with each other and gave permission to have them posted. Clips from eight of those unusually and candid interviews provide the primary sources for this segment. The written text considers their immigration histories (only one came from an old southwestern U.S. Latino family; two were from Guatemalan or Venezuelan immigrant families, and the rest had come from Mexico) and the kind of work done by their parents before and after coming to this country. Migration weakened family ties across borders. While all were culturally Catholic, few were actively involved with the church. They defined themselves in ethnic terms in varying ways and with contrasting degrees of comfort in their own identities. They described their experiences in school and learning English. All were committed to obtaining a good education and expected to graduate from college, a large contrast with first-generation immigrants in earlier generations. They had almost without exception experienced racism, from other students, occasionally from teachers, and in the community. One had been harassed by the police while driving his low-rider truck. Three had suffered traumatic experiences as children due to immigration issues: crossing the desert on foot from Mexico, or having one or both parents pulled out of the home by Immigration and Customs Enforcement agents, jailed, and deported, leaving the children behind. These stories will be powerful for other students, of all ethnicities.