The Shootings in Longmont and Founding of El Comité, 1980

This set describes the 1980 shooting of two young Latinos by a police officer in Longmont and the formation of El Comité to represent the Latino community. 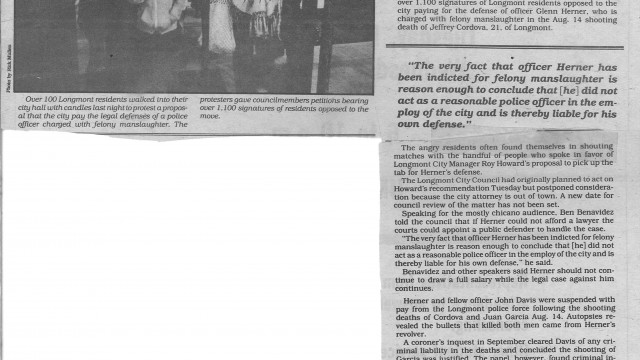 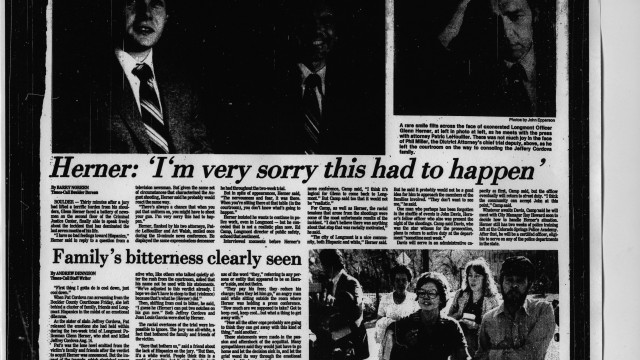 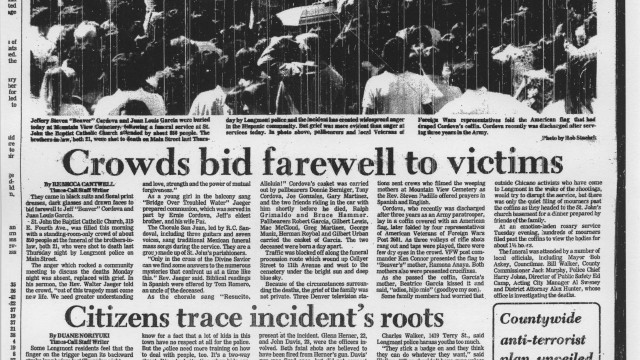 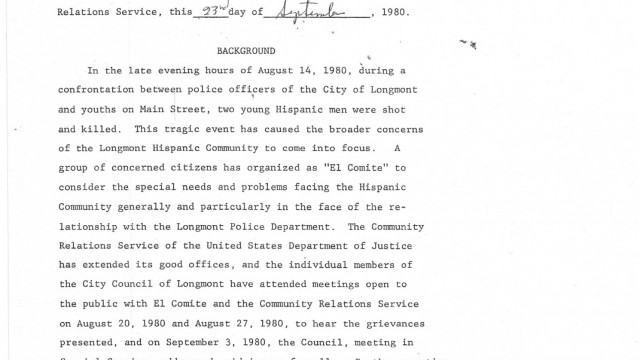 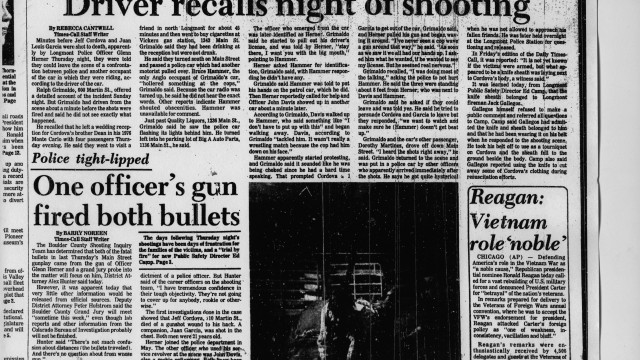 Driver recalls night of shooting; one officer fired both bullets, 1980 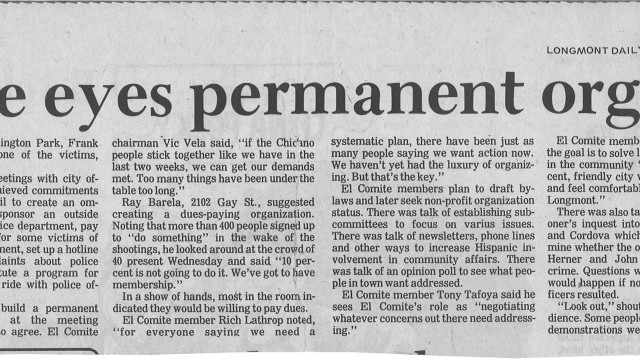 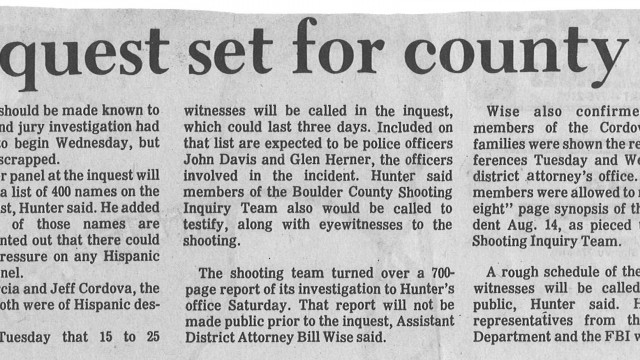 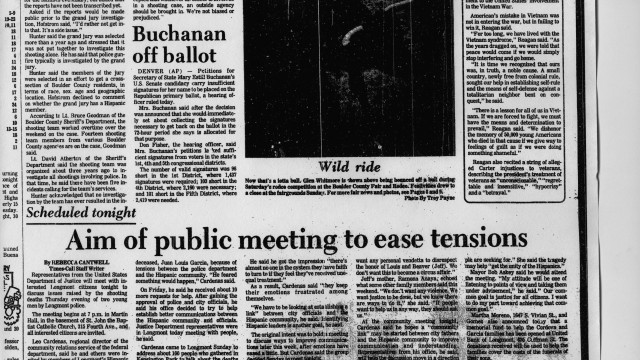 One officer fired both bullets; aim of public meeting to ease tensions, 1980 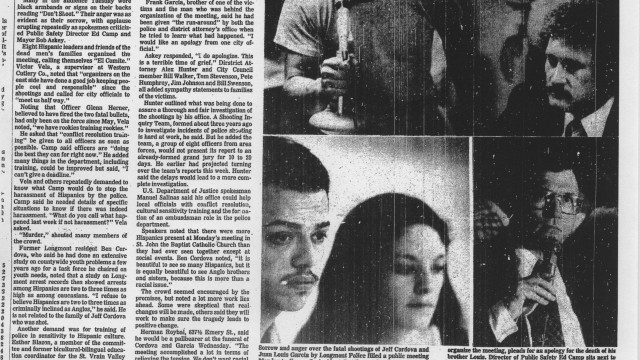 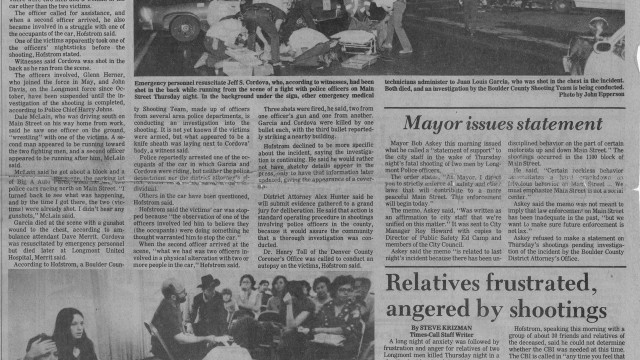 A tragic set of quick decisions by a rookie Anglo policeman led to the death of two young unarmed Latinos in Longmont in 1980. The sources included here, mainly from local newspapers, illustrate developments almost day-by-day during the following weeks. The response of the Latino community is an admirable example of determination to work for long-term change. Rather than resorting to violence, Latinas/os pulled together and formed an organization called El Comité to present its concerns about the police to city officials. Because little progress was being made, Latino leaders asked the U.S. Department of Justice to send in a mediator. The recommendations in the resulting Document of Understanding, signed by representatives of the City of Longmont and El Comité, addressed all of the Latinos’ concerns and were implicitly critical of the police. That document gave El Comité a recognized position as the representative of Latino residents. This history offers a contrast to the violence that has broken out after police shootings of Latinos or African-Americans in other places more recently.